Motto: I'm Really Proud of the Title of this Post, Too
On the first of this month I wrote about my experiences while on a Paleo diet. I mentioned that I felt better throughout the day. I slept better. I woke up easier. I no longer had any stomach issues. Now that I've been off Paleo for a couple of weeks, I'm surprised at just how BAD it is going back to regular foods. I feel like I'm constantly nauseous or bloated. I am getting headaches. I can't fall asleep as quickly or easily. I don't sleep as well. Basically, things suck.

What I'm saying is this, I'm more impressed with how bad going back to normal food was than how good the diet made me feel. I'm talked with Melissa about this and she largely agrees - Paleo was great. It was also terrible and too restrictive, but going back to normal foods cold turkey has been rough. We have discussed a long-term dietary change. More whole foods, less boxed crap.
Speaking of Melissa -

She's great. I generally shy away from writing about her because I always feel awkward when I read other people doing this stuff type of stuff, but sometimes it just needs to be said. She's been killing it lately with planning our wedding AND she's in her first year of teaching. That takes some sort of crazy ability I can only dream of having. I have a great fiance and I'm very happy that someday soon I'll have the honor of calling her my wife.
Speaking of dreams -
I've been having this recurring daydream for the past several months that I want to share with you:

I put a couple of notebooks and a small Chromebook into my Timbuk2 bag. I sling that over my shoulder, and hop on a bike. I ride that bike to a coffee shop and fill a travel mug. Then I ride to the library. I sit down in the library for several hours over several days over several weeks, working away on a heavy project using my lightweight Chromebook running lightweight applications. I write and I write, and I create something awesome. Something that didn't exist before I sat down. Something I made using only my brain, a very simple computer, some caffeine, and the resources found at my local library.

I want to make that a reality. It's startling how many things I've done lately in the pursuit of this dream. I upgraded Timbuk2 bags*. I looked into the market of Chromebooks. I mapped out the route and distance to the nearest library to my soon-to-be place of residence. I opened up the long-term academic re-education project that I started 3 years ago, just to see what I'd have to do to get that updated and started again.

You may have noticed the asterisk in the above paragraph. That's because the Timbuk2 bag upgrade isn't probably the upgrade you're thinking of... the one I wrote about less than 3 weeks ago. Less than 2 weeks after I wrote that Column, Timbuk2 announced and released an updated version of their Classic Messenger bag. It looked awesome and I was upset that I'd just bought the other one, until I realized Amazon has an awesome return policy. Long story short: 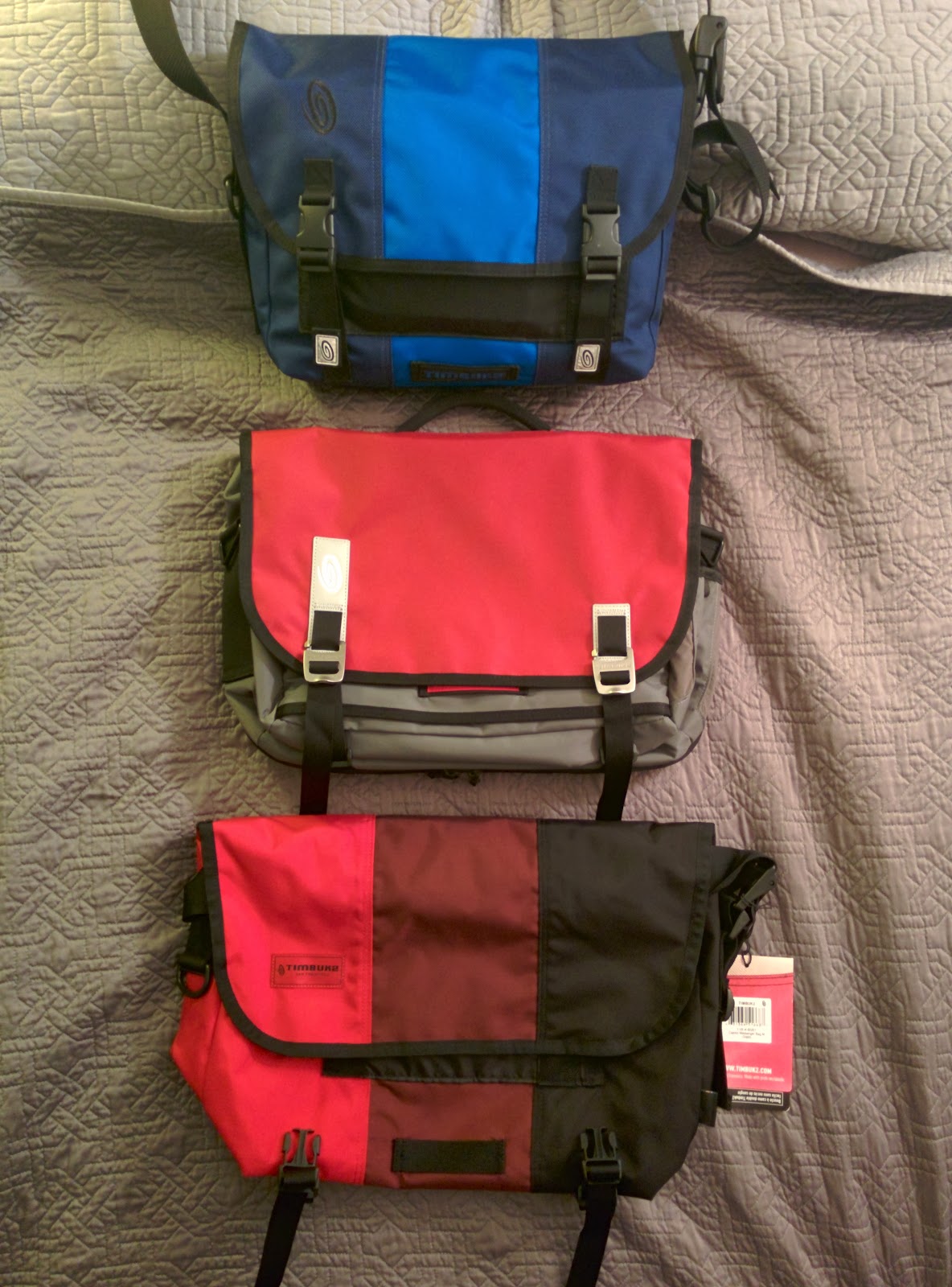 I'm using the bottom bag from now on as both my work bag and my play bag - so it is my true Every Day Carry. So - I got to re-re-re-re-rethink what I want to carry every day.

I know I've written about this ad nauseum - so I'll just show you: 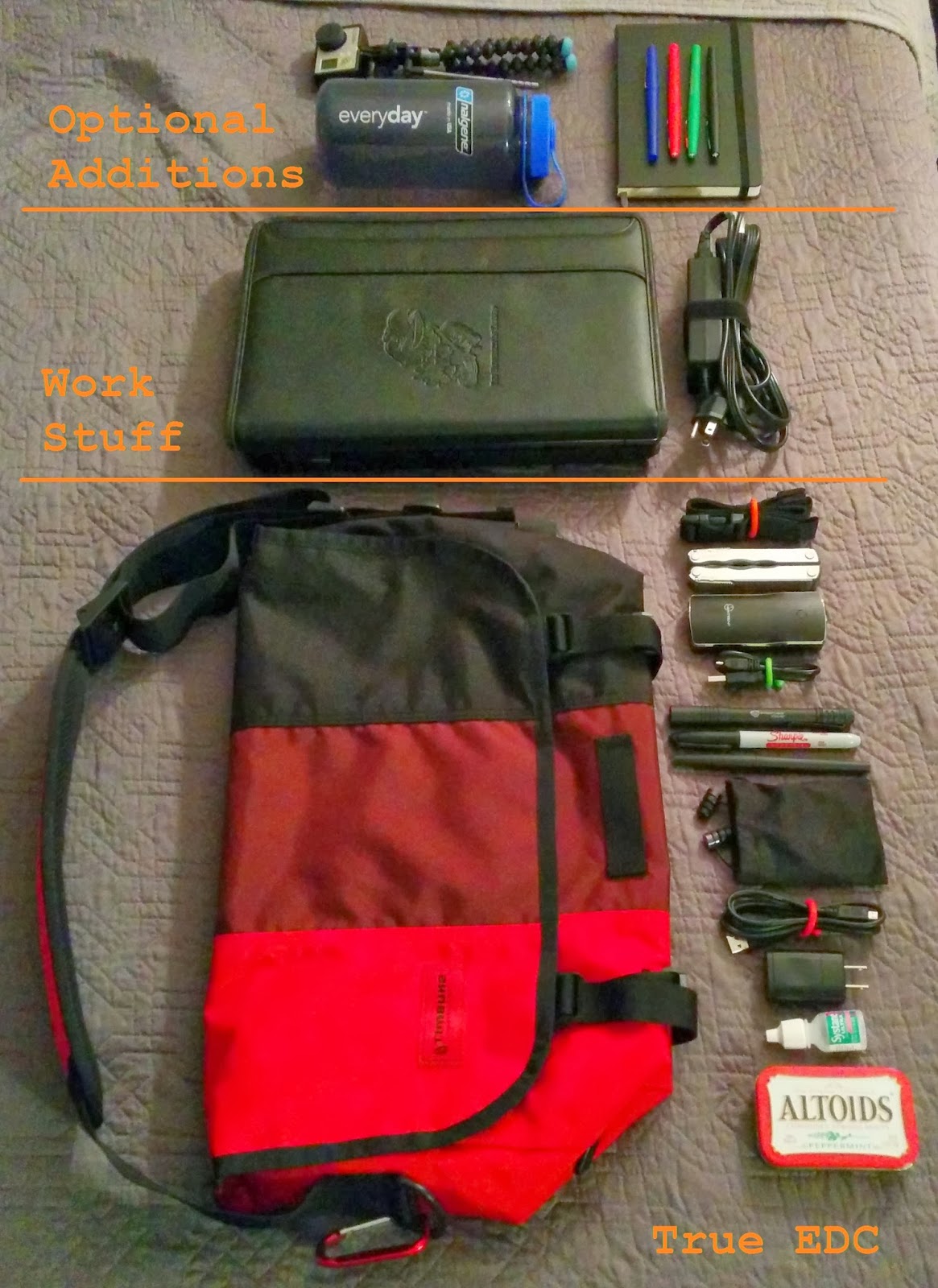 That's what I'm carrying every day.

1. Bed Bath and Beyond doesn't literally sell beds or baths. I call shenanigans.

2. Life has been stressful lately. My body aches. My shoulder tried popping out of socket at a basketball game the other day. I'm not sleeping well. See below for why!

Top 5: Stressful Things Happening at Once
5. My Body is Trying to Give Up on Me!4. I'm Moving!3. I'm Switching Job Roles!2. I'm Planning a Wedding!1. My First Real Pet just Died!
Quote: “I might have to buy a slow cooker now that I know I can pay to be a little more lazy. Thanks.”- Random Redditor -