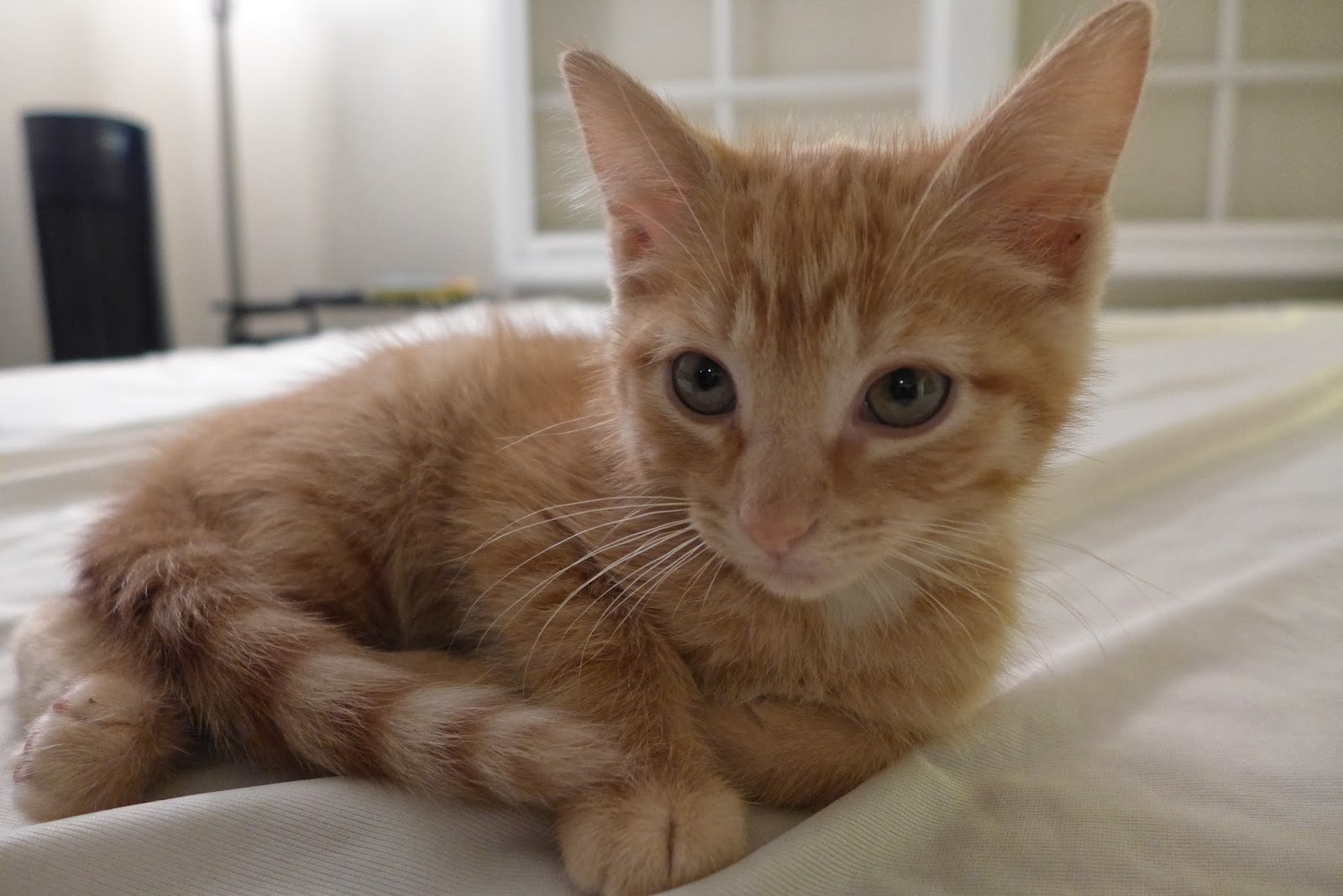 Yes, that was his name - and yesterday Melissa and I had to take him to see the vet for last time.
October 13th, just 3 months and 24 days ago, Melissa and I walked into a pet rescue/adoption center to look at their kittens. My heart grew three sizes that day. "two or none" I said to Melissa, and she immediately picked out a beautiful, dark kitten from a cage in the corner of the room. We called her "Loki", and I set out to find her a proper brother. I stared into a large cage on the opposite side of the room and watched a half dozen little golden kittens play for 20 minutes. One particular little guy saw me kneeling outside the cage, eye level with him, and got curious. He walked over to the wall of the cage and begged me to play. I opened his cage, picked him up, and gave him a name. 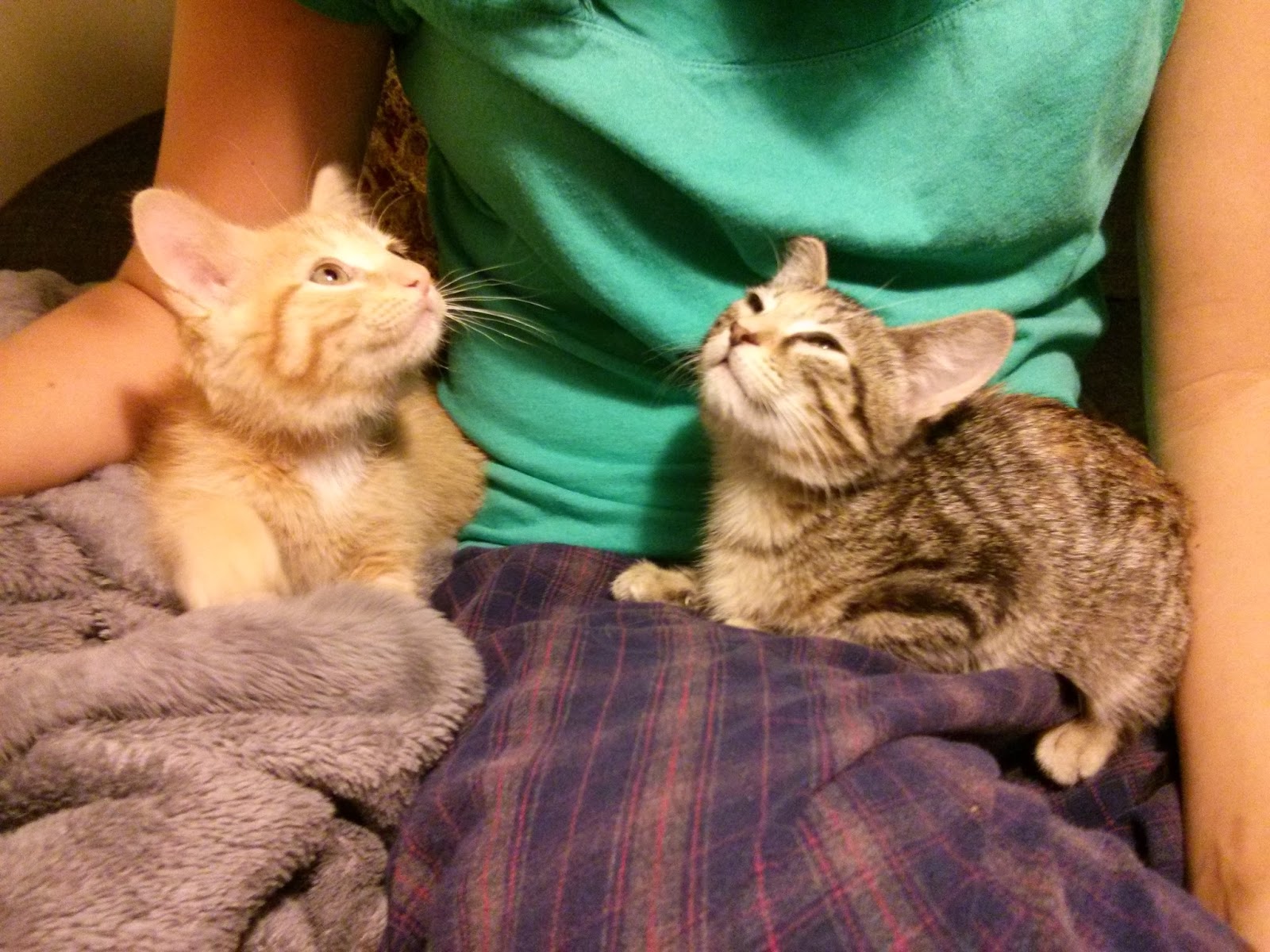 We took Thor and Loki back to their new home and they took to their roles perfectly. Loki won over the affection of the authorities while Thor was busy exploring and fighting the claw of the weird beast that lay on the other side of the door. I took this as a good sign. I wanted Thor to knock Moose down a peg or two. It was another good sign that Thor was constantly practicing his craft. 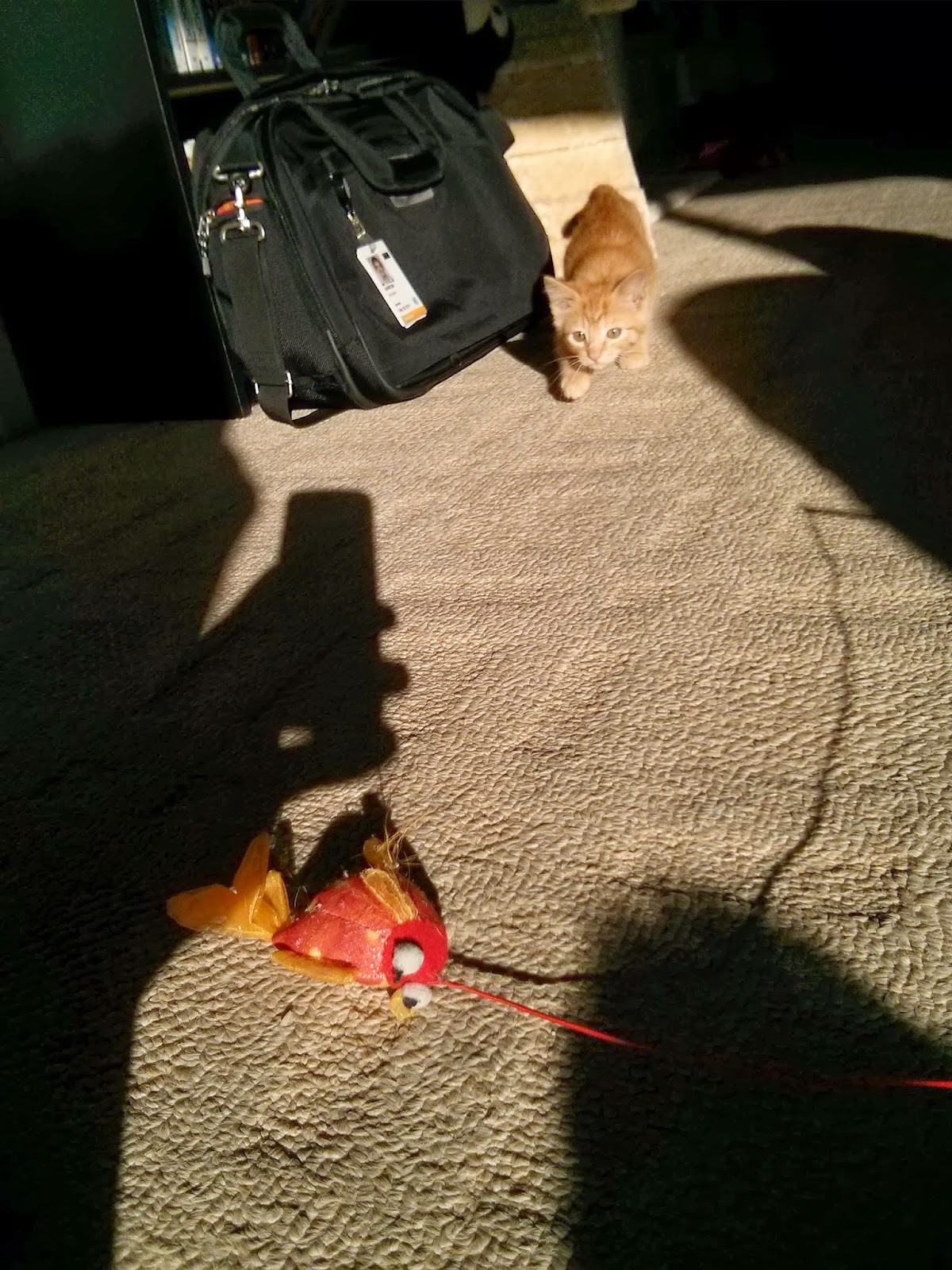 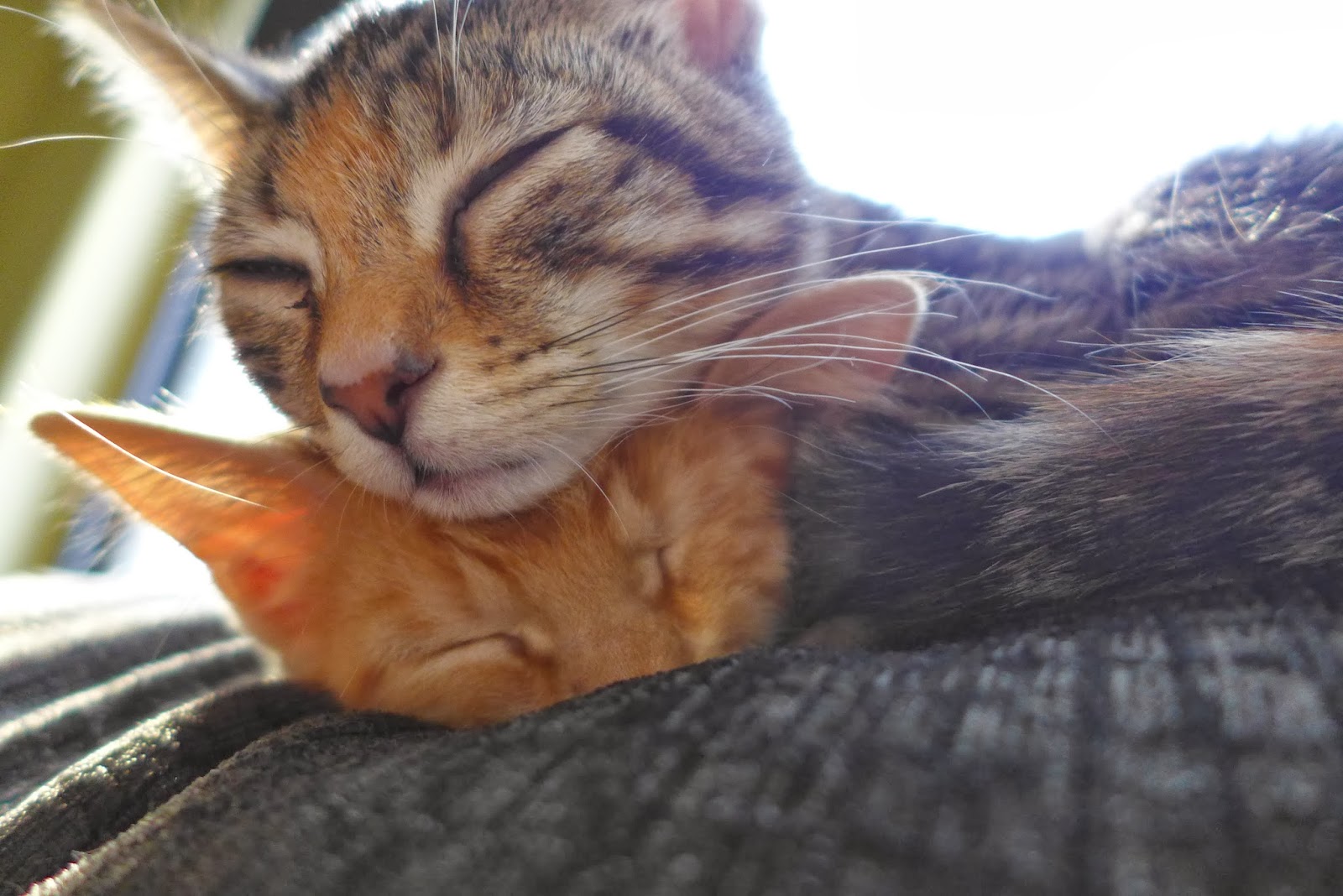 I am not a cat person. I don't love "cats", in general... but I do love a couple of cats - and of the two of them, Thor was always my little guy. 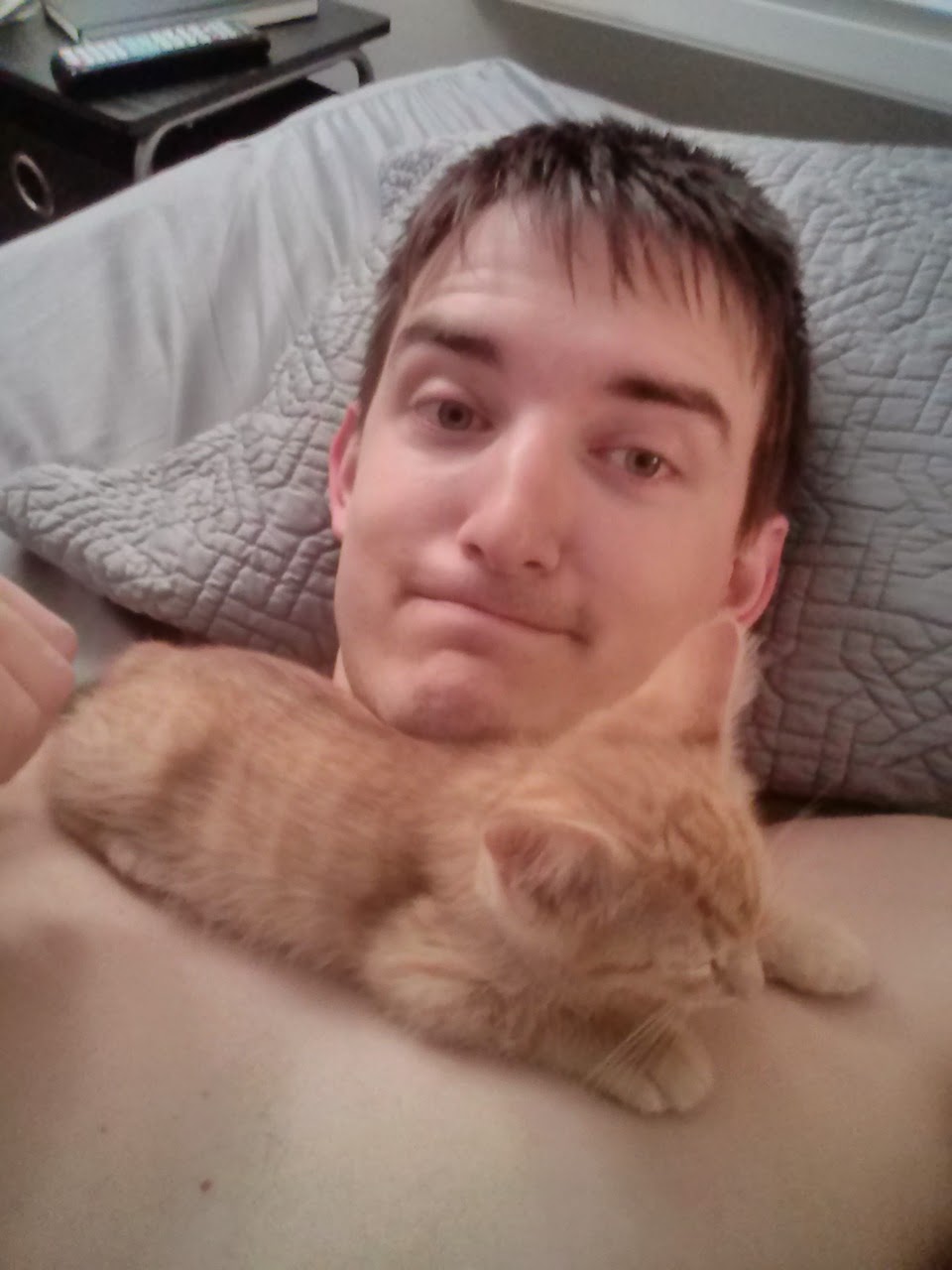 Around a month ago, Thor's body began changing dramatically. At first, we thought he was just eating like a champion; but it soon became obvious that something was wrong. Melissa took him in to see the vet over her day off.
It's never a good sign to walk into a room to find someone crying.
Feline Infectious Peritonitis is a virus that affects 1 in 5000 cats. It's not curable, it's fatal, and it's nobody's fault. It's just a thing that happens. 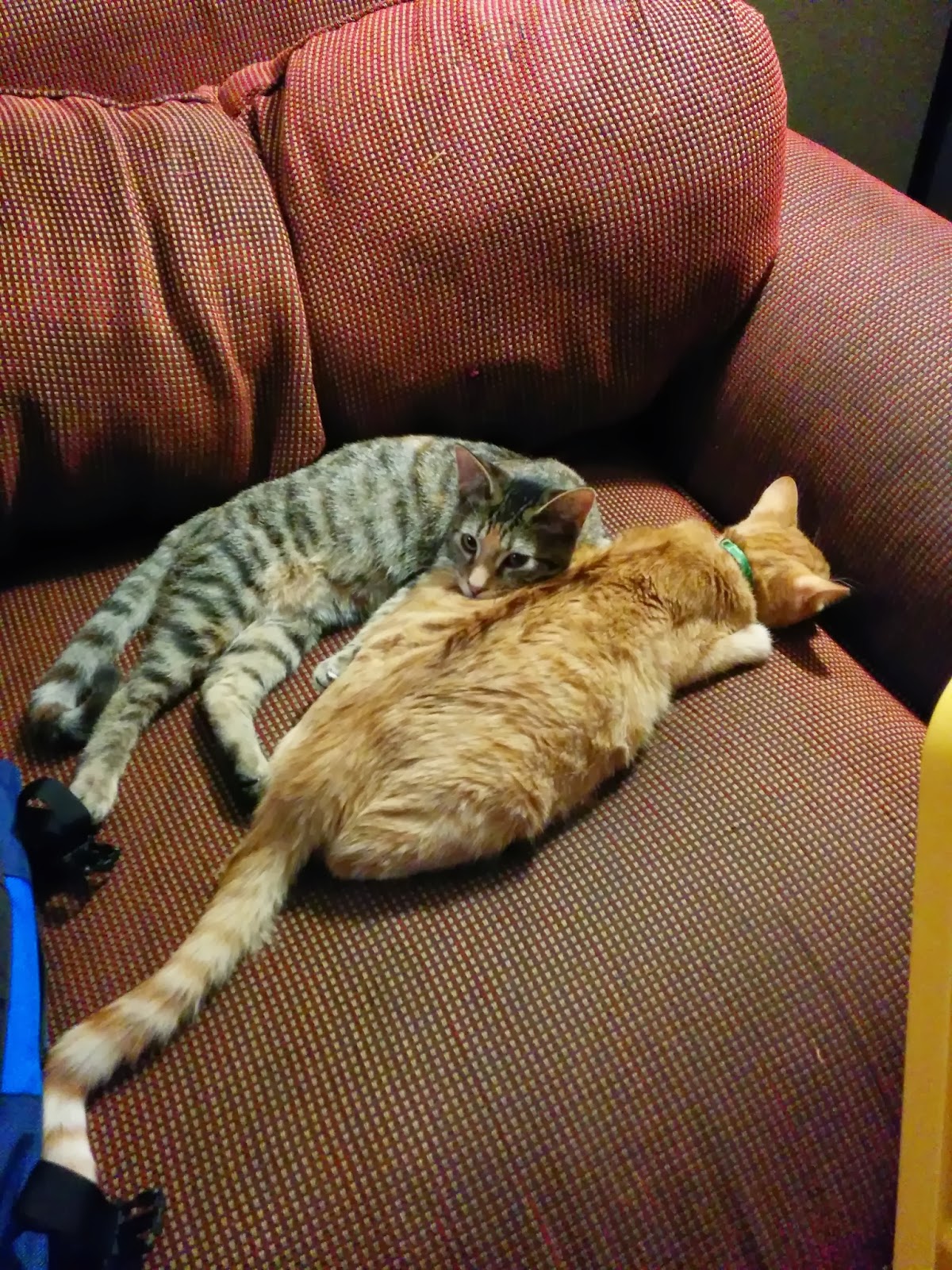 The past month was difficult. We knew what was going to happen, but I'm not sure that made it any easier. Thor slowly grew bigger and bigger and became capable of less and less. About a week ago, he quit playing. Two days ago, he quit eating.

Just before we left to see the vet, Loki groomed him. She hadn't done that for a while. I don't think she knew what was going on with him or how to react, but it seemed like she knew it was going to be her last chance. Moose walked near Thor as we were getting ready. Thor, who had been completely immobile and uninterested with the world, reached out and grabbed his tail as he walked by. He pulled Moose's tail under his head and used it as a pillow. The last thing he did in his home was show Moose who's boss.

I love my little guy.

Melissa and I were both there to say goodbye and see Thor off as he made his transition from this life to whatever happens next. He passed away with his paw in my hand, while Melissa scratched his head just like he liked. 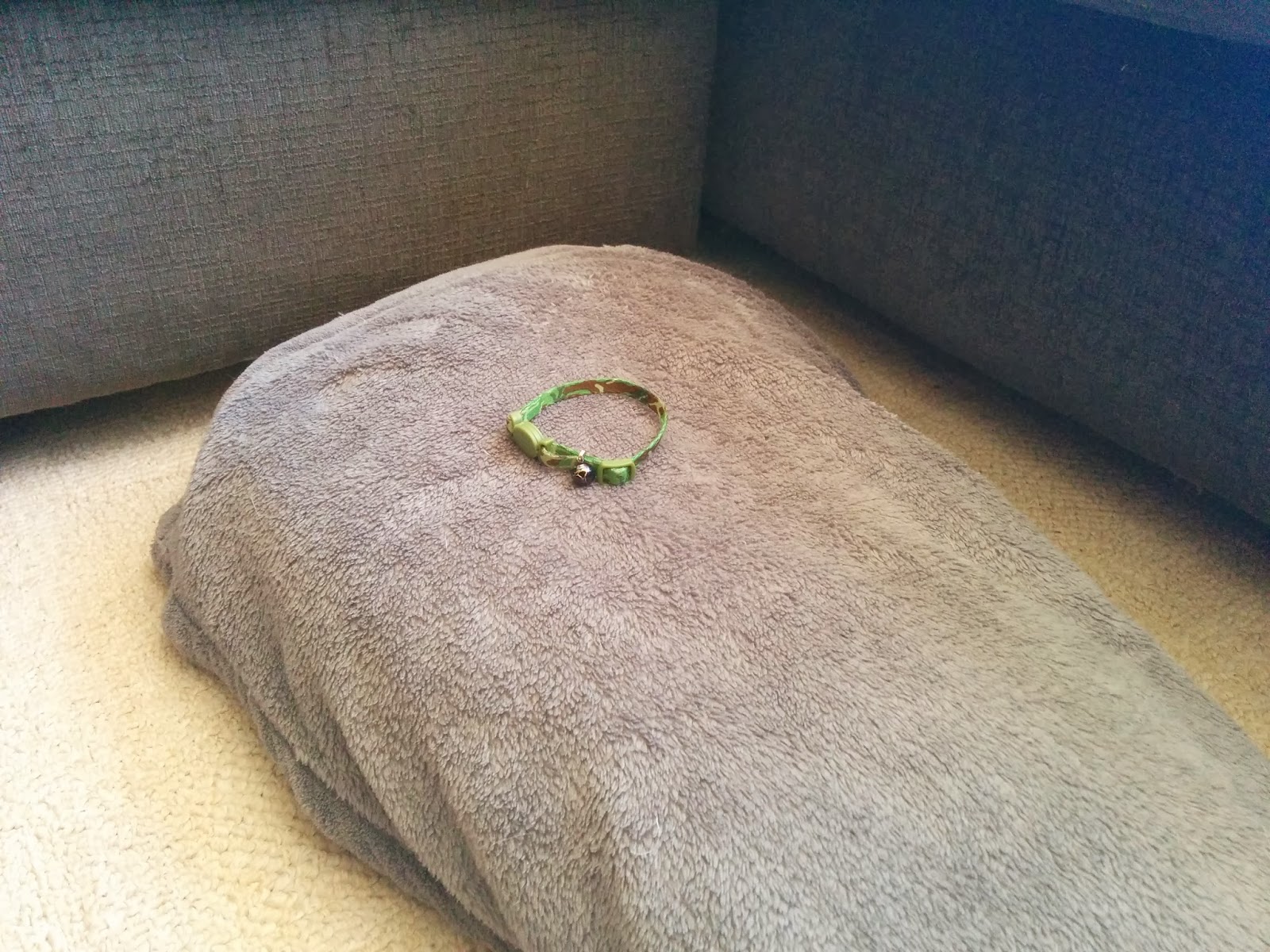 His life was much too short... we will have to take solace knowing we gave him the best one we could while we had him.

We're going to miss you, buddy.