Motto: Boldly Going Where Chrome has Gone Before 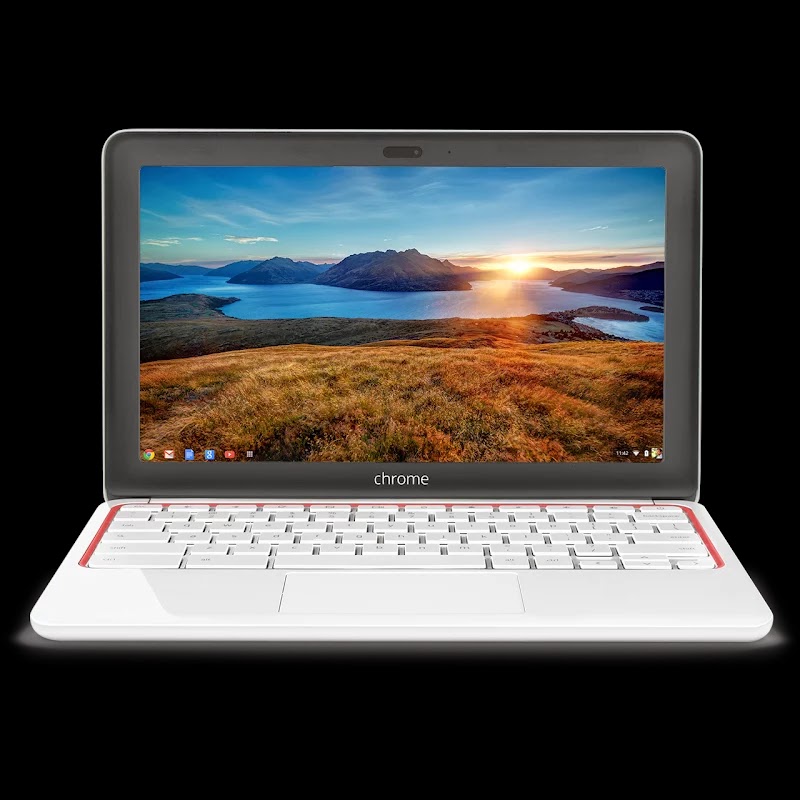 Chromebooks are specialized laptops that run Google's Chrome OS. For those of you who don't know about Chrome OS, just picture a laptop whose only program is the Chrome internet browser. That's basically Chrome OS. Now, because the operating system is that simple, it works great on inexpensive computers. Also because the operating system is that simple, it is not recommended that a Chromebook be your only computer.
Having said that, Chromebooks make excellent supplementary computers. If you are out and about and you don't want to lug around your huge laptop, you probably could get by with a Chromebook. That's their ideal usage case.

Ever since I bought my Nexus 5 phone I haven't used my Nexus 7 tablet nearly as much. While I love the Nexus 7, it isn't capable of doing anything beyond what my Nexus 5 is capable of. The extra 2 inches of screen real-estate just aren't compelling enough for me to justify keeping both devices around. So I sold my Nexus 7. Managed to get back almost everything I paid for it; and I'm using that to bankroll the purchase of a Chromebook, whose usage case doesn't overlap with my current hardware so heavily. 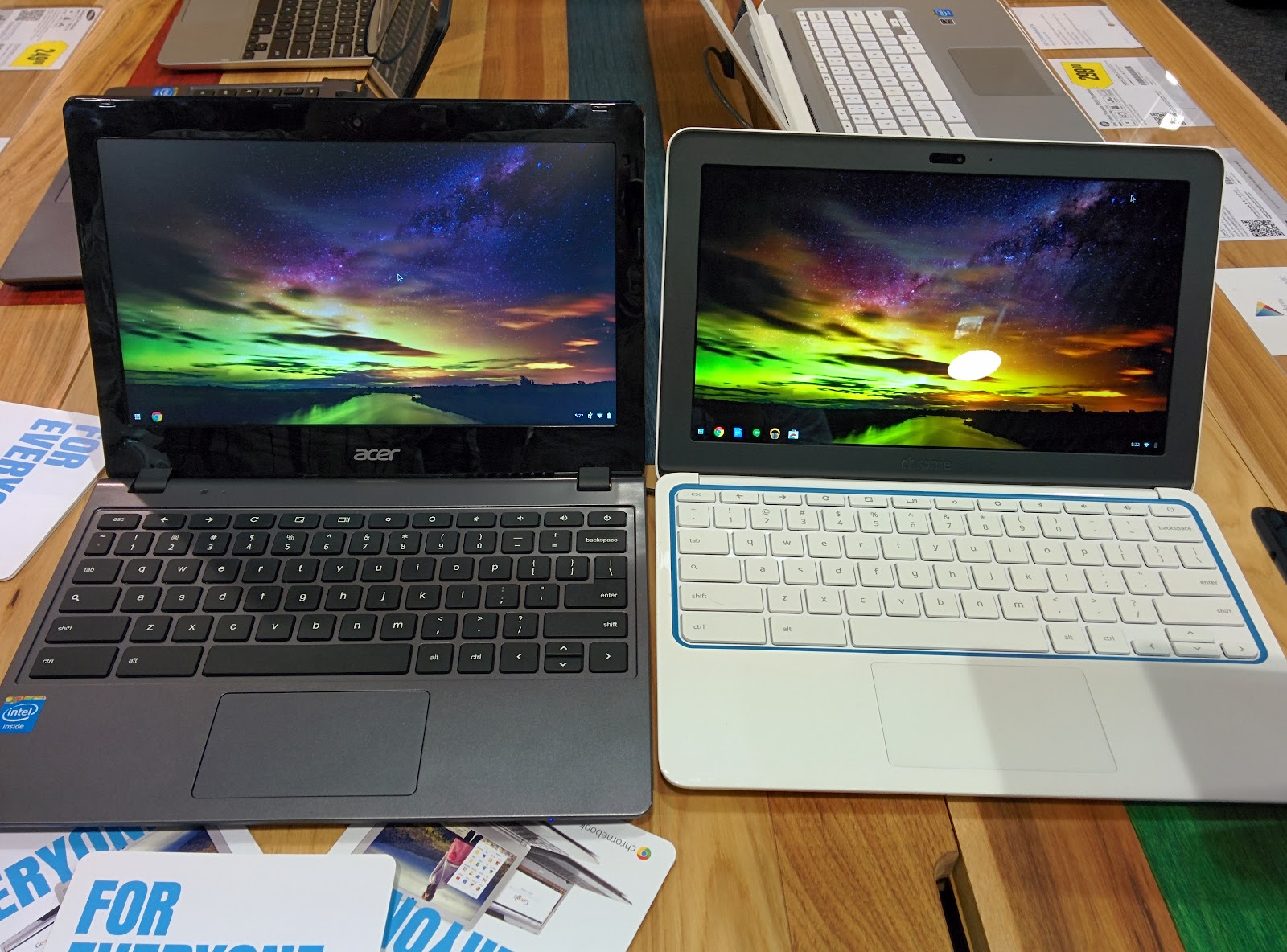 There's a problem, though. There is no Chromebook out right now that suits my needs. You can choose between either excellent performance and battery life (left) or excellent design, screen, and build quality (right). You can't achieve both sets of features with what's currently on the market. So, I'm waiting to buy until something comes along that doesn't require compromise. 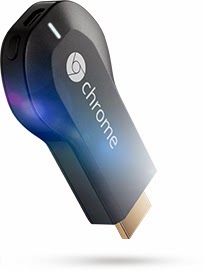 Chromecast, Google's $35 HDMI dongle, is an amazing product. There's seriously no easier way to get Netflix, YouTube, Pandora, HBO, Hulu, etc. on the big screen. If you don't have one, you should definitely look into them. I absolutely cannot wait until Google opens up the Chromecast APIs to developers and we start seeing a flood of cast-capable apps. I'm picturing a whirlwind of lightweight games integrated with the cast. Just an initial idea - a connected Texas Hold 'em game where each player sees their two cards on their phone and the communal cards show up on the TV. 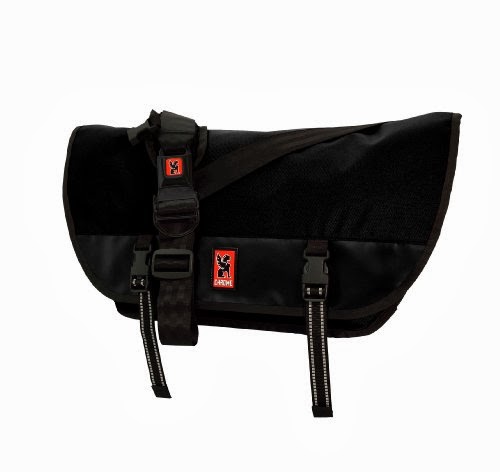 Chrome bags are a thing. They are a hipster's best friend. They are super expensive, though. They also offer too little organization for smaller items. Chrome's main competitor in this space is Timbuk2. I have a Timbuk2 bag that I've written about previously in my column about my EDC. 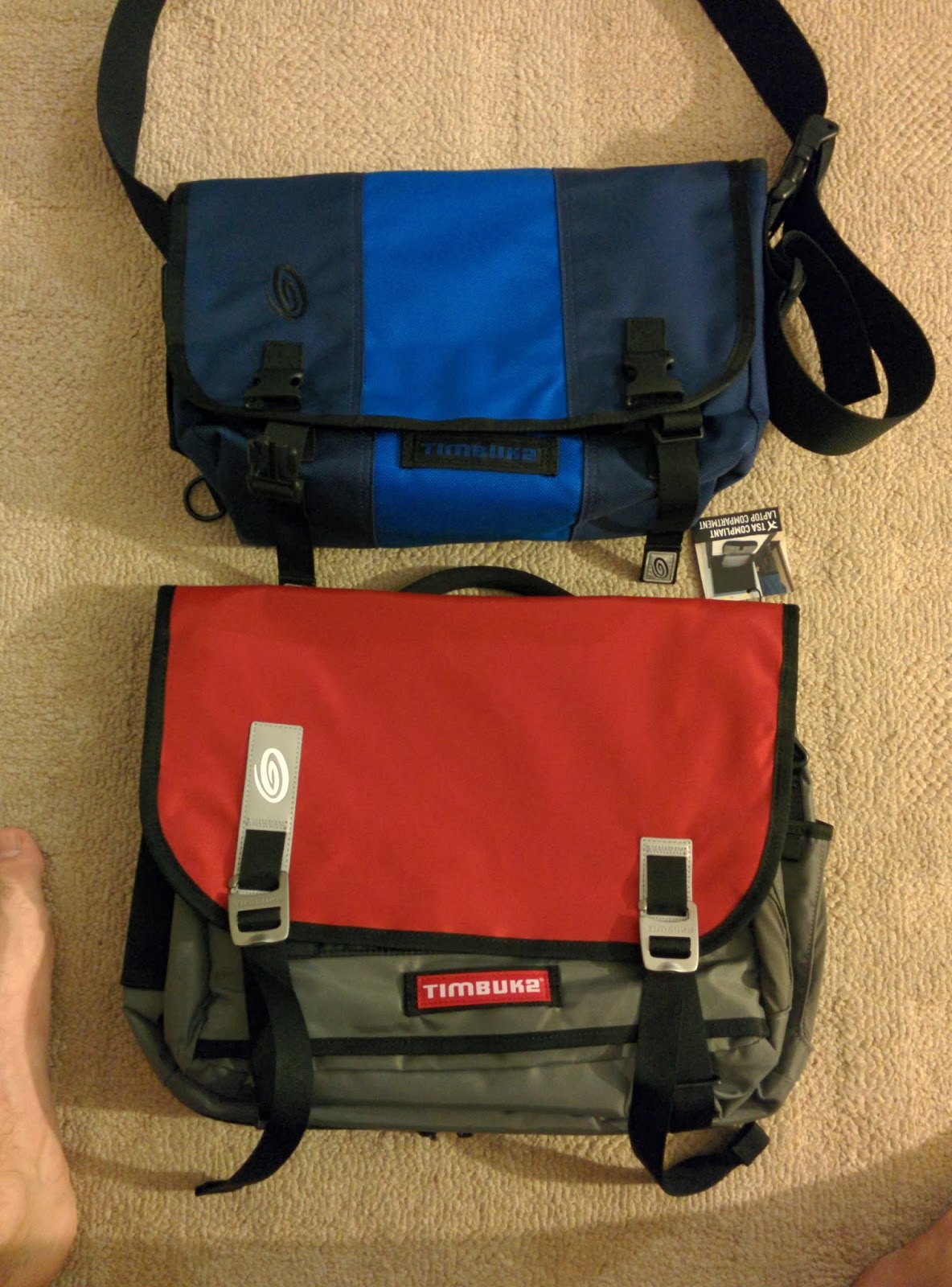 You may notice that there are two bags in that photo. That's because I got a new Timbuk2 bag. I'm going all-in with this one. I sold my old Maxpedition bag and I'm giving my old (blue) Timbuk2 bag to Melissa.
Here's the rundown of the new bag:
> It's bigger, which I wanted
> It fits my body better
> It's slightly more professional looking - so I'm going to eventually use it as my REAL Every Day Carry, taking it to work and using it for play
> Better storage options
> It's got a waterbottle holder
> It's got a briefcase handle
> The shoulder strap is completely removable - and doesn't make a big dumb loop on the side of the bag

I'm using THIS bag as my true, EDC. It's great. I've used the experience I have from the other two bags when picking this one and setting it up. It's awesome.
Chromium is chemical element #24 on the periodic table. I used to know that. I used to know a lot of things. Some time has passed since college and I'm nervous I'm forgetting useful information. I sat down a long time ago to make a comprehensive review of everything I've learned. I got a small amount of work done a couple years back, but it fell by the wayside. I'm still interested in doing it. I want to use Google Docs, though. I think it will force me to learn how to work with Google Docs as well as I know Microsoft Office.
It's part of my grand plan to move away from Microsoft products. Microsoft sucks.
There is not an obvious way to tie what I want to talk about next to the theme of "Chrome" - so bear with me here...

I went through my Moleskine notebook last night. I have had it for just under a year now, I pick it up and jot some ideas from time to time. I'm just about halfway through the book, so I decided to celebrate by looking through everything I've written in it. I appreciate my own sense of humor. See the Top 5.

Top 5: Things I'd Forgotten about that I Found Written in My Moleskine
5. A Reference to Liar Liar

4. A Line in Braille

3. The Trailer to the "Don't be an Oxymoron" poem I wrote

Quote: “In 9 days I'm going to eat SO MUCH PIZZA”- Me, talking about my diet to someone who offered me a cookie -