Motto: Owed In Son
Today is Monday. Today is not Sunday. I didn't get my workouts done consistently last week. I'm going to lift as soon as I post this.

This post is going to be short. I'm mostly writing it to get the video that I made specifically for this post online. I like it. It's 30 seconds I cut together of the disc golf I played with cousin Jon.

Thor: The Dark World comes out in a little under four weeks. It's the last time we'll see Loki, as far as we know. Loki isn't going to be in The Avengers 2 (Age of Ultron).

Speaking of the Avengers: Marvel's Agents of S.H.I.E.L.D. is on TV. It's pretty cheesy. It seems like it's supposed to appeal to a more general public than comic book nerds. Either way, I'm recording it every week (thanks to Google Fiber).

In other news - the Nexus 5 comes out in... ugh. They still haven't announced that one. I'm very upset about it... 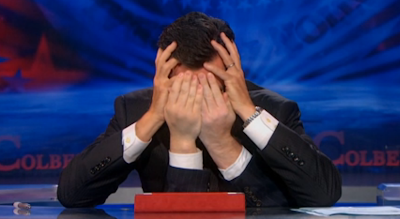 It seems like nobody on Saturday Night Live has been there for more than 2 years. I'm not sure if that's a good thing or a bad one.

I'm going to embed a photosphere I made right before Melissa's first concert as a full blown picture, then embed that video I referred to earlier.

That looks surprisingly bad. The actual photosphere doesn't have a black circle at the top and bottom; yet the embedded one seems to distort the image to force in the black circles. That's disappointing.

I'll update the status of the project further with my next post.