Motto: Otto Octavius was in a skydiving accident. Sadly, he's now an octoplegic.

Before I start talking about these things, I'd just like to say that I have not given up the ambition to complete any of the projects I'm talking about in today's Column.
I always have kept a running list of ideas for fun things to do with my down time. Projects for me are what TV is to others. If I don't know how to fill out an evening, you'd probably have a decent-to-good chance of finding me working on any of the things listed in this column.
With out further ado, trials, and/or tribulations, I present to you the list of projects not-yet-done:
Videos 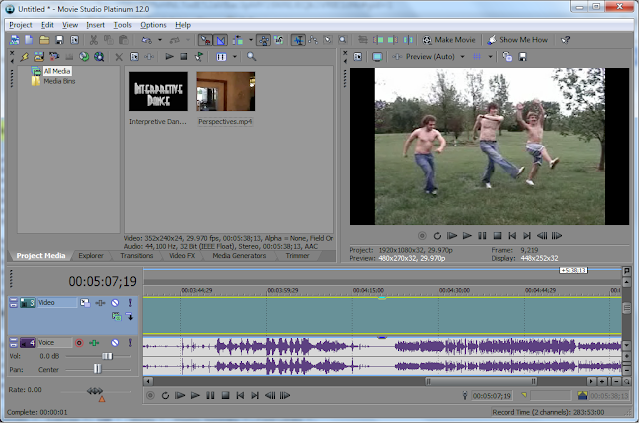 Rather than talk about each video individually, here's a list of potential synopses:
Movie Poster Project

Someday I will begin actively making fake movie posters with my friends. The posters would be for generic movies, not direct copies of any pre-existing movie posters. That is to say, we'd put together one for a movie about a duo of spies whose comic misadventures entertain while they still somehow manage to save the day. The focus on production value would be what made the project both funny and worthwhile. I have a list of posters to do, but haven't really started work on any of them.

You could say I've already kind of started this project - but I haven't dedicated nearly the effort into it that I'd like. I want a way to capture and mix my audio. I know myself, and that's how I learn. When that happens, I think you'll see more music-related content on the Column.

The Life Reference is a single highly-encrypted folder that I will use to consolidate all of those pieces of information you are supposed to keep safe. Banking, insurance, health, and other such things will be aggregated and protected. I'm about half done with this project, but I haven't really done any work on it for a couple months.

I am going to teach myself Android development. I already know how to code a few different languages and have bookmarked several different resources for learning Android development. What I'm waiting for is the Android Studio development suite to come out of testing and into production. After that happens, I have several ideas that I'll toss around before settling down to make something for real. I'm not looking to blow anyone's mind with anything, but it would be cool to have an app installed on my phone that I coded that is actually useful for something (note: a long time ago I made an app that basically just showed a picture of a duck).

Update on the October Project so far -

Top 5: Projects I am Actively Working On (why I'm not doing any of the above projects right now)
5. The October Project (a.k.a. the largening, a.k.a. the hugifying, a.k.a. some other equally embarrassing for my fiance to read title) 4. The 25th Year (the second second-a-day video)3. The Life Tracker (which I'm still constantly improving on)2. The Column (which I'm working on at this exact moment)1. This timelapse video of the view out the window I just made:

Quote: “An idle mind is the Devil's playground”- an English Proverb -

The Internet’s Home for Chaos Art

The Week is Weak

Notion, VS Code, TypeScript, and Diagrams as Code