Motto: Moving on Up

I am in the process of swapping out Nexus 7’s. For those of you who don’t know (e.g. most of you reading this) Google recently released an updated version of their seriously awesome Nexus 7 seven inch Android tablet from last year. As soon as I heard about the new version of the tablet, I went on Amazon.com* to list my old one for sale. Long story short, it sold and I immediately bought the new one. Then the buyer cancelled his purchase. So I temporarily have two.

*I like to sell things using Amazon, as opposed to eBay or Craigslist because Amazon makes me feel less likely to get screwed over or murdered in the selling process.

This puts me in a unique position to do a real product review, like the tech bloggers I read every day.

They always talk about “white balance” and “true white”. None of it really meant anything to me until I put the two Nexuseses next to each other and pulled up a white webpage. The 2012 model looked much “oranger” than the 2013 model.

The other reviews talked about how much better the 2013 screen is than the 2012 screen. I thought “how could the screen be better, this one is great.” I wasn’t wrong, but the 2013 screen is literally the best screen I’ve ever seen on anything. It’s fantastic. I honestly don’t know how you could improve on it. Higher PPI wouldn’t do you much good. The bump from 720p to 1080p is noticeable (216 to 323 pixels per inch)… anything beyond that wouldn’t be on a screen this size. I’m still not convinced 1080p is necessary on a 5 inch screen. Anything beyond 325 ppi is superfluous in my opinion.

The missing camera on the back of the original model always made sense. Who takes pictures with their tablet, anyway? While I never wanted to do that, I did wish that I could have used it to scan documents. Now I can do that. So that’s cool.

It’s a hair thinner and lighter. It’s a bit faster. But those things haven’t really improved the user experience too much.

I could write more, and I really should, but I’m more excited to write about my vision for the future of the Column - so I’m going to post these pictures I took and call ‘er good. 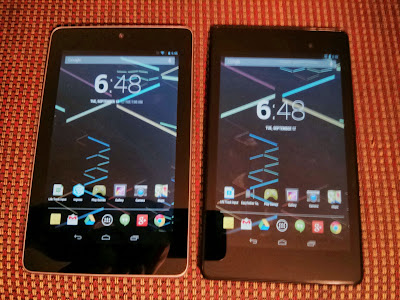 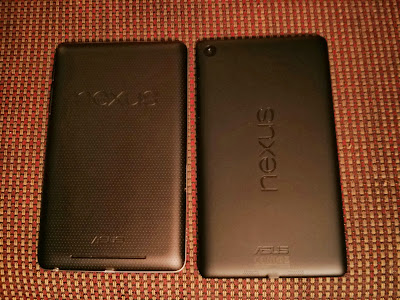 Now, about the Column, I’ve got plans. I want to implement some sort of “section” function. Create a place to put videos. Put pictures. You’d still have the normal Blog where I post normal columns… but I want a section for specific things. A place to file feature posts. A repository for project summaries. A section to put files in.

Basically. I want more control. I want to expand.

Maybe even a place for information about the wedding.

I’m getting married, by the way. I won’t have time for all this stuff soon.

Top 5: Most Time Consuming Projects I’ve Ever Done (not counting the Column)

“You aren’t doing another one of your stupid boy projects, are you?” this is a summary of a line from the book ‘Yes Man’